So another week goes by.......and so quickly!  Is it just me or does a week seems to go by in the blink of an eye! But what a week it's been.  It's been beautiful and warm since we got back from Orlando and I really feel like it's extended that holiday feeling.  I'm not a sun worshipper and always wear sunblock but as someone who is constantly cold I like nothing better than to feel the warmth of the sun on my skin.....the warm breeze in my hair and the smell of the sea air.  I'm a summer kind of girl!

This week has consisted of........ finishing the prototype wedding rings for my brother // tidying the house // tidying the studio // reading // going to a folk festival // catching up with friends // swimming // working on volunteering opportunities with staff at work // shopping for bed linen // planning for Latitude Festival // drying washing on the line outside (one of my favourite things) // and all the usual day to day stuff with the love of my life.

Have you had a productive week?

I've also done a little bit of sitting in front of the laptop this week.....and this is what caught my eye:

//  26 Ridiculously easy ways to be healthy

//  Shrink That Footprint....a great site to help you reduce your energy consumption and reduce your carbon footprint....lots of great info and tips.

//  Raccoon Rehab.........I so wish we'd be able to visit when we were in Orlando.....I LOVE Raccoons!!!!!!!  If you are looking for a wildlife charity to support and you love raccoons then look no further!

//  My friend Nicolette is far too talented.....check out her amazing wire sculptures.  I wonder if she could do a Raccoon!!!!

Anywho....once I've sent the wedding rings off I'm ready for a relaxing weekend with The Boy and hopefully a cheeky glass of wine or two!


Happy Friday my lovelies. xx
Posted by Mardle Made at 18:00 No comments:

Sunny Orlando and a week with The Boy

After the busy month of May and a full year struggling with a bad foot it was time for The Boy and I to get away and spend some much needed time simply enjoying each others company......so off to Orlando we went!

Now most of you will be expecting me to say we went to all the Disney attractions but if you know me well then you know that's not my style.  I'm not big on commercial tourist attractions, in fact I'm not big on commercial anything!  So before we went The Boy did lots of research and found lots of interesting 'local and independent' things to do.  That's not to say we didn't do a couple of touristy things.....and just a little bit of shopping!

As anyone who has gone to Orlando will know, most of the accommodation is on International Drive and that's exactly where we stayed....and to my delight we were right opposite an IHOP (International House of Pancakes).  In a bid not to put on a stone in a week we only ate breakfast here twice!  The rest of the time we grabbed breakfast from Wholefoods Market. 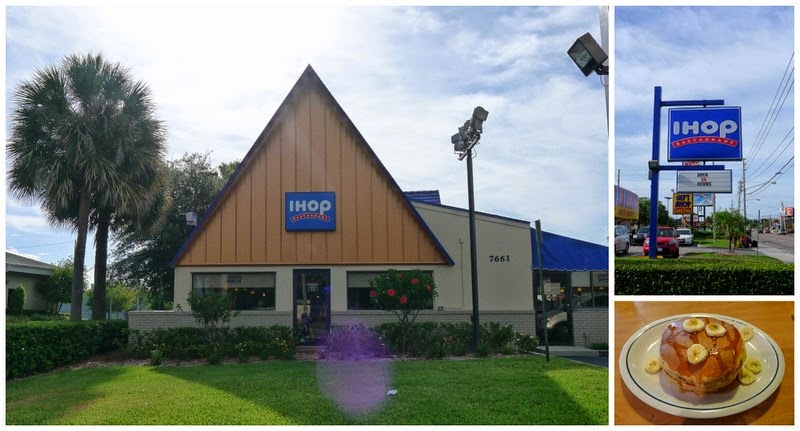 After fuelling up we jumped in the car and went on adventures.  Orlando was the perfect location for my foot.  Downtown Orlando is pretty much just a business district but there are lots of out-lying areas with unique and interesting shops and cafes, each taking only a couple of hours to bimble round.....so the days went much like this......drive a bit, walk a bit, repeat!  Perfect!

One of our favourite things was an evening market of local producers and crafters.  It was a small market in the parking lot of a great independent cafe called Stardust (to where we returned more than once!).

Here we met a wonderful illustrator called Maria Bolton, we struck up a conversation based on my love of Raccoons and her wonderful illustration of one (needless to say I bought it!).  We'd already seen her work on an advert she'd illustrated for a local pet shelter.  She invited us to a wildlife shelter re-launch but unfortunately it was the day which we flew home so we couldn't make it.......I was gutted as they currently have two baby raccoons!!!!  We chatted with Maria for quite a while and she gave us lots of great tips about local things to do.....one of which was an open air cinema at the Enzian Theatre....a date which we promptly entered into the diary! 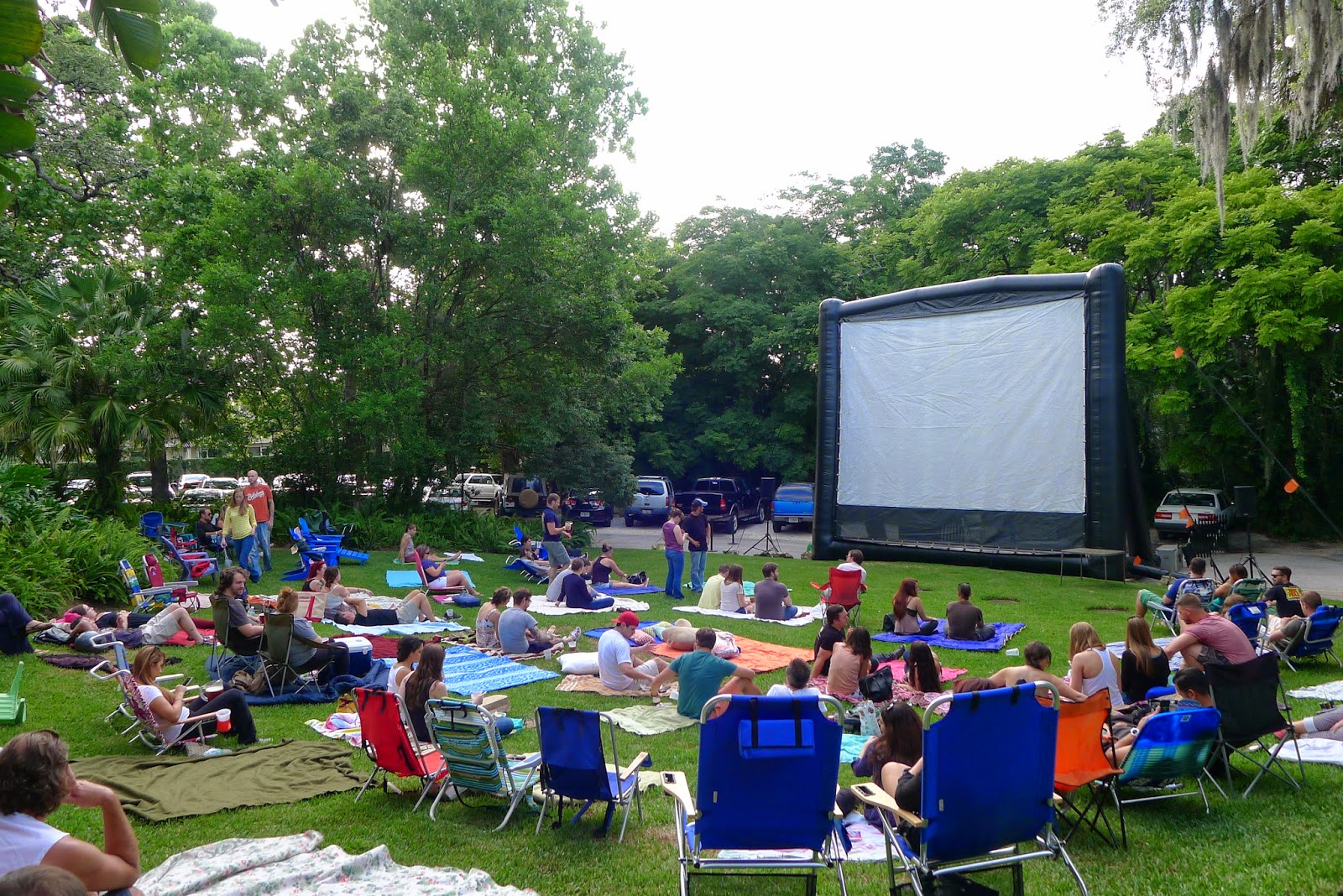 I took this photo just after we arrived (we were advised to get there early!) and by the time the film started there wasn't a spare inch of grass left!  The film was Super Troopers......... we grabbed some 'chips' (crisps) and some freshly squeezed orange juice form a local market beforehand and had a great evening relaxing in the warmth of the Florida climate.

After a couple of local days we decided to head a little further afield to Daytona Beach.  I love to see the sea and hearing that Daytona had become a little less touristy and slightly run down since the new resort of New Smyrna had opened we thought it sounded perfect....... 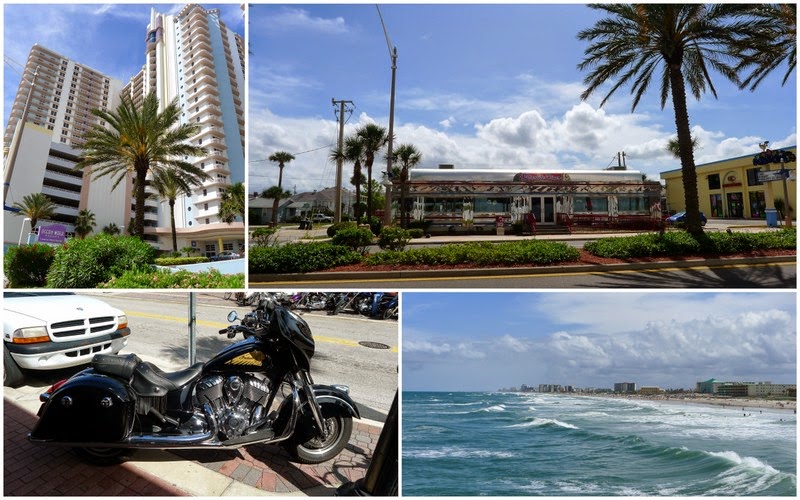 ....and we weren't disappointed.  It reminded me of Venice Beach in California, a little run down, bu with some beautiful buildings and a whole heap of atmosphere!  A walk along the pier, a stroll on the sand, sunshine, sea air and bikers.....it was a great day.

A little up the road from Daytona is Ponce Inlet with a beautiful red brick lighthouse.  Normally we would have climbed to the top but sadly with the foot this was out of the question. 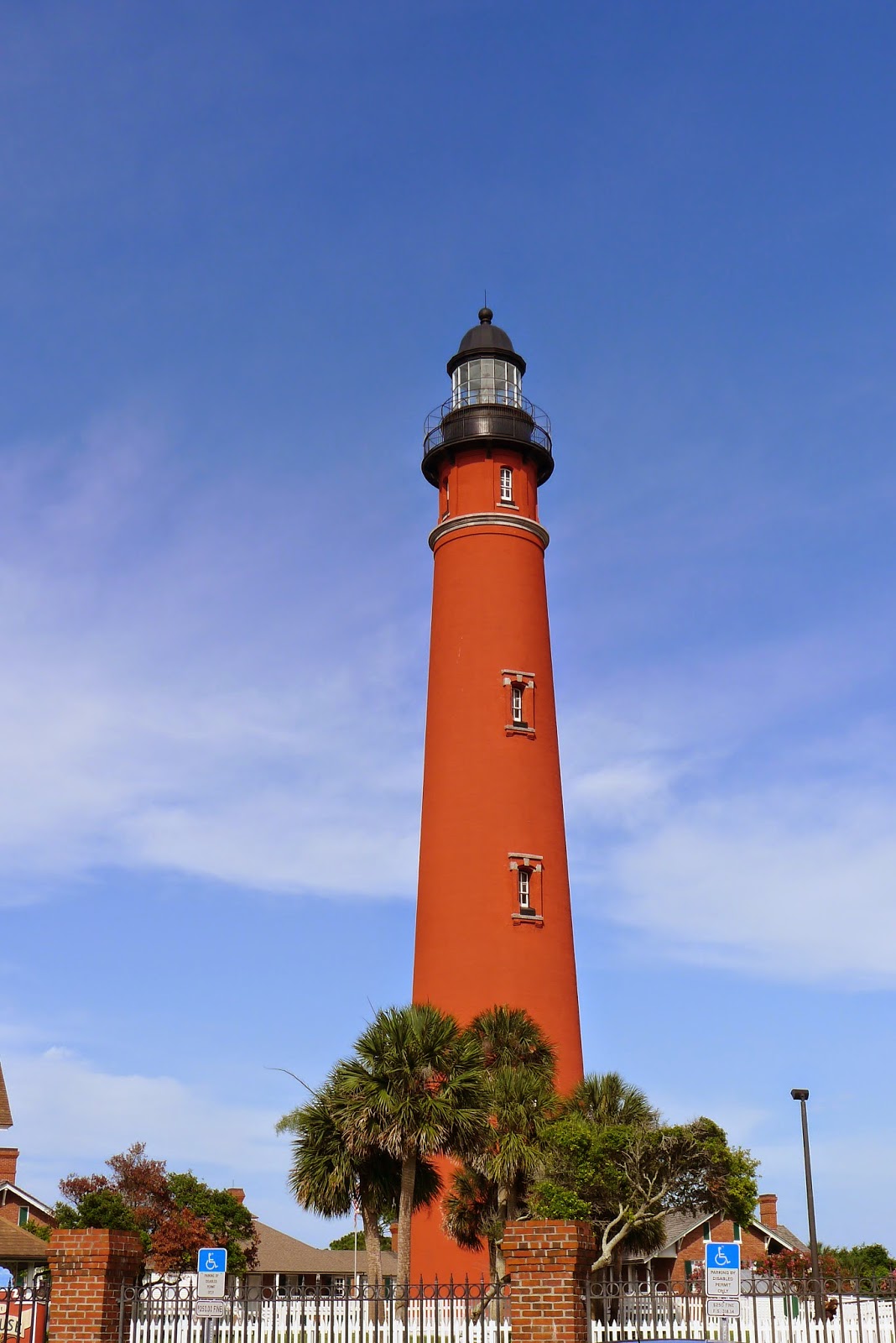 Our one big touristy outing was to the Kennedy Space Centre....and it was AMAZING!!!!  SO many interesting things to see.....not too scientific...and not too kiddie-fied.  Rockets, spacesuits, moon rock, the Astrovan (an airstream no less!) and most impressively Atlantis.......the space shuttle! 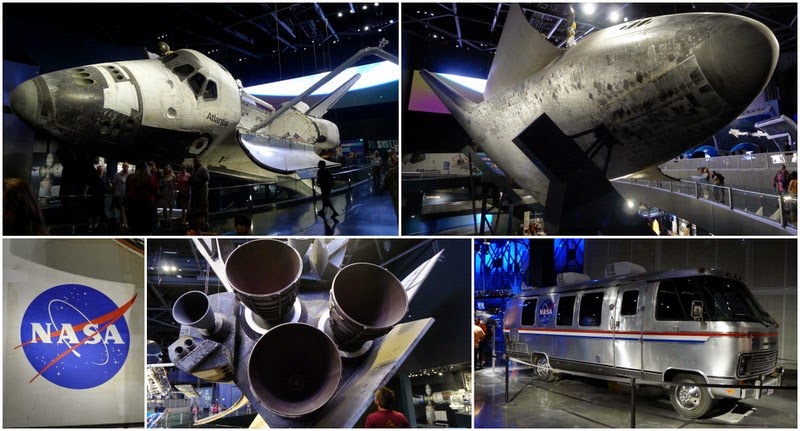 Atlantis was beautiful.  Much smaller than I had imagined, and her outer shell looked so soft she didn't seem like she could have gone into space and re-entered the Earths atmosphere 33 times!  There was so much to see at Kennedy and our trip included a bus tour to view the launch pads, the assembly building and the Saturn Building housing the Saturn 5.  This tour was so enjoyable with so much to see that I totally forgot to take any photos!

I would definitely recommend Kennedy Space Centre to anyone visiting the area.  Plus it is surrounded by a Nature Reserve which yielded sightings of Alligators, Rose Spoonbills, Crested Cranes, Armadillos, Turtles, Eagles, Osprey, and so much more!  Truly amazing.

I also took my old analogue Olympus Trip with me, once I get the photos developed I'll be sure to share them with you......hope the security x-ray didn't damage the film.......they wouldn't do a hand search on it! Grrrr!

Have you been to Orlando?  Or perhaps Miami?  I'd love to know your thoughts on either.

Well hello there.  May was a busy busy month, topped off with a wonderful craft fair and then a cheeky week away with The Boy (more on that another day!).  Was May good to you?

I loved May, full of creativity, friendship, and adventures.....my favourite being my first ever Dorset Team Craft Fair.  Held on the 25th of May at Hoburne Park in Christchurch, it was a great success.  Full of lovely crafters and busy with shoppers all day.


It was my first outing with the wonderful new display materials my father-in-law kindly made for me and I had so many wonderful comments on my stand......the jewellery stands really complemented my creations.


There were so many crafters of such good quality it was hard not to buy from them all!!!  Here are just a few of my favourites from the day (too many to feature here!)

There were so many great stalls......I wish I could feature them all.  If you missed it don't worry, we're holding two more this year on 26th  October and 6th December!!!  Woohoo!!!!  If you can't wait until then check out the work of Dorset Team Members on Etsy or visit our Facebook page.  And if you are on Twitter make sure you follow #dorsetteam for updates on what all our members are doing.

If you are on Etsy and in Dorset why not join the team!  For more info visit the Dorset Team Page on Etsy.

Did you come to the Craft Fair?  Did you make any purchases?  If so I'd love to know what you thought and what you bought!